The High End trout lures manufacturer SUPREMO is a Japanese company which manufactures the unique lures for native trout fishing. Complete cycle of production is in Japan. Also two patented inventions, “Double Lip System(PAT.)” and ” Belly Kicker”(PAT.), the fine-tuned sizes and weights, all this allows to conduct the wobbler with absolute stability and with the optimal speed, regardless of the rapid and the depth of the river. 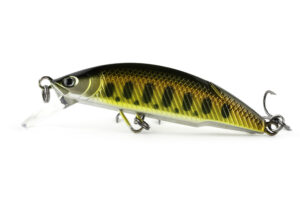 Supremo Baila 50H is a high-quality Japanese minnow. It’s designed to be utilized in fast-flowing alpine streams in Japan. It does, however, work in slow-moving rivers, lakes, and ponds. It includes a double lip system, like all Baila models, that provides quick vibrations that entice fish to attack. 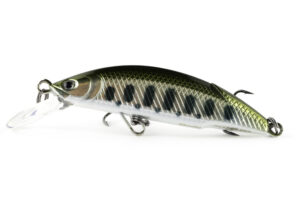 Supremo Baila 50HMD is a top-notch minnow. It’s a lure that works in a variety of conditions, including fast-moving mountain rivers. It features a unique Double Lip System. Its function is to produce high-pitched vibrations that entice hesitant trout to attack the minnow. In addition, no matter how rapidly the current moves, the swimming line remains constant and very stable. Anglers can achieve quick reflexes and motions by using only a few rods. 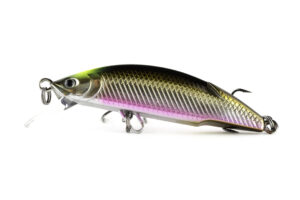 Supremo Baila 50M is a high-quality Japanese lure. Designed for fast-moving alpine streams, but works equally well in any other setting. Supremo lures include a double lip mechanism that emits rapid vibrations, baiting animals to attack. 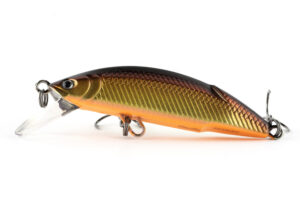 Supremo Baila 50XH is a high-quality mountain stream minnow with remarkable performance. The innovative Double lip technology generates super-fast vibrations. These vibrations entice reluctant trout to take a bite out of the bait. 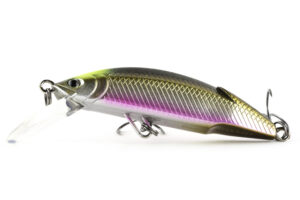 Supremo Baila 50XMD is a mountain stream minnow of exceptional performance. It has the cutting-edge Double Lip technology. This produces super-fast vibrations that entice hesitant trout to pursue the lure. Furthermore, even in the fastest rushing rivers, the Supremo Baila maintains an unchanging swimming line. 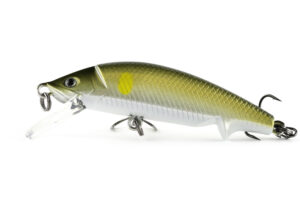 Supremo Mofe 50MS is best defined as an energizing, spectacular surface dancer. Has a range of activity for fast-moving surface water. New technologies have shattered the minnow’s traditional form. The “Belly Kicker” and the “Double Lip System” added to the revolution. Aside from that, the lure can be used in headwaters and tiny streams. Furthermore, the lure’s double lip mechanism enables it to produce fast and intense underwater vibrations. Furthermore, thanks to a balanced center of gravity, the flight stance is unrivaled by anything else on the market.